Hi, I’m Youjeong, from Korea, and I have been an intern with Mata Traders since January.

It was the end of January 2012 when I turned on the TV to watch PRK season 4, and as I was watching I was a little distracted with some things, like day-dreaming, texting, and then Bang!  Suddenly, a great looking man was on screen, and I couldn’t take my eyes off him.  It didn’t take a long time to realize that he wasn’t a model, he was a designer.

Even though I was attracted to his good looks at first, there is another reason why I love this man.  I admire him because of his passion.  In his life he has had to overcome disabilities.  He was was born with a big hearing impairment.  He can understand what people say, yet he himself can barely speak.  Thanks to his mother, who taught him how to understand Korean by watching people’s mouths move, he graduated from Parsons Design School which is one of the most famous fashion schools in New York City.  Soon he started to learn English in the same way to study fashion in the United States.  I can’t imagine how he overcame such an obstacle while he was studying in school.

I admire his incredible effort to make it in fashion, and I love his design.  He might not be able to hear anything but he has learned more than others and has done amazing work.  When it comes to passion for one’s work, I would say he is a Beethoven pedaling a sewing machine in Korea.

Here are some of his designs from the show. 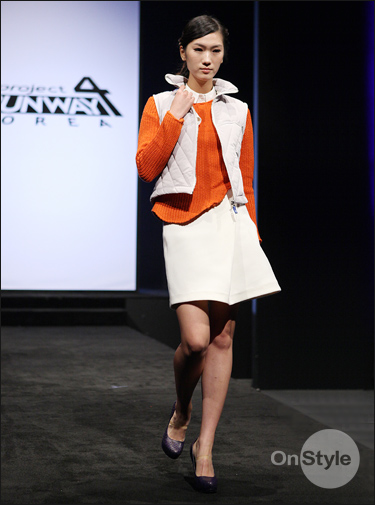 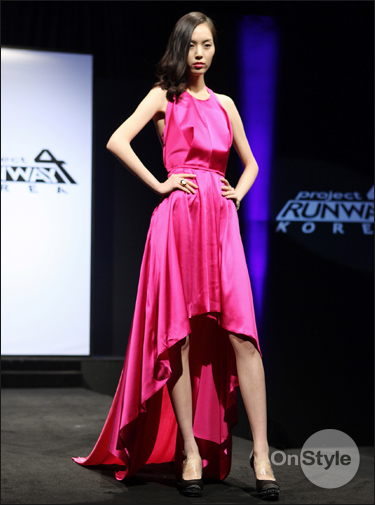